You are here: Home / Our Speakers / David Carr 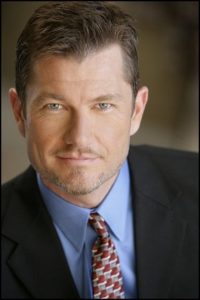 David Carr is vice chairman of The Joyful Child Foundation and an advocate for children’s rights. He comes by his passion honestly, himself a survivor of childhood mental and physical abuse.

David is the author of American Trauma: American’s Silent War on Children, a gritty, often disturbing story of his journey of abuse and ultimate salvation. A story of the cycle that plagues families across the nation, and the realization that, unless the destructive pattern is broken, the devastating effects can permeate future generations for years to come.

David was one of the lucky ones. He managed to take the lessons he learned and break the cycle that plagued his brother and their father. He came to the realization that recovery from his childhood trauma would depend entirely on the way in which he responded to what happened to him at the hands of those that were supposed to protect him.

That realization set the stage for his transformation – his journey from a terrified, helpless child to becoming a mixed martial artist, the owner of two successful businesses, devoted husband of 20 years and father of three children.

David’s success is a testament to the strong spirit that resides within him, and he is sharing his story to help others in the same or similar situations reach into themselves to find their own Indomitable Spirit.

To find out more about David, please visit his website.