You are here: Home / Our Speakers / Dee Wallace 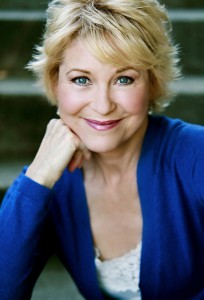 Dee Wallace is an actress, author and host of her own call-in internet radio show.

Most known for her role as Elliot’s mom in “E.T. the Extra Terrestrial,” Dee was born into a poverty-stricken family in Kansas City, Kansas. She spent a good deal of her young life coping with her father’s increasing dependence on alcohol and the devastating effects it had on the family. She more often than not found herself in the position of “rescuing” her mother and brother from her father’s verbal and emotional abuse. Her father’s alcoholism ultimately resulted in his death by suicide.

After escaping life at home, Dee went on to graduate from the University of Kansas with a degree in education and eventually turned to dancing and drama. She married fellow actor, Christopher Stone, with whom she had one daughter, Gabrielle. Christopher succumbed to a heart attack in 1995.

Surviving her childhood and the loss of her husband, Dee began reinventing herself as an author and a healer. Learning about love from her grandmother, she discovered her own ability to help people heal their wounds, release their fears and live a more satisfying life. You can learn more about Dee’s work, as well as purchase copies of her books, through her web site.

“How we choose to create each moment is our ultimate defining cause.”