You are here: Home / Our Speakers / Jacque Ruddy 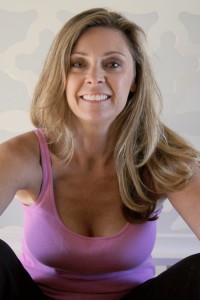 Jacque Ruddy is an expert at turning adversity into opportunity. Throughout her difficult upbringing, which included abuse and neglect, she never allowed herself to be defeated and strove to rise above her circumstances. Even when living in a foster home, she found that her peers would reach out to her for guidance in their own personal trials.

In early adulthood, Jacque found herself in relationships that were rife with abuse. Throughout these years, she continued to dream of the future she wanted for herself and her children; a dream which she knew was possible with a college education.

In her 40’s, with two grown children, a six-year-old and a toddler, Jacque finally freed herself from her history of abuse. She registered for college and started on her path to become financially sufficient while providing an example for her children. But once again, adversity would threaten her dream.

During her first semester back, on her son’s second birthday, Jacque was diagnosed with breast cancer. As she had done so many times in the past, she made the decision that nothing, not even cancer, would stop her from reaching her goals. Despite a mastectomy, chemotherapy, and a plethora of complications, Jacque remained in school and made her way onto the Dean’s List.

Jacque often refers to breast cancer as one of the “best things to happen to her.” When she was at her most vulnerable, she found herself surrounded by a community of friends, old and new, reaching out to assist Jacque and her young sons in many ways. It was then she knew that she was destined to pay it forward.

Jacque was once again diagnosed with breast cancer in 2015; this time at stage three. As always, she fought her battle with courage and determination, faced another course of chemo, continued to raise her sons, and received her Bachelor of Arts degree with top honors.  And, once again, she won her battle. On May 11, 2018, she will proudly walk at commencement at USC to receive her Master’s in Social Work.

Jacque has taken her life experiences and her education and is committed to using them to guide others through their storms of life, showing them that it is possible to turn their conflicts and challenges into opportunities.