You are here: Home / Our Speakers / Jody Vaclav 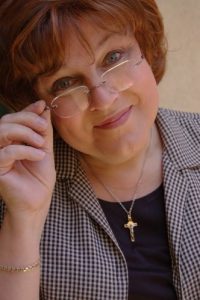 Jody Vaclav’s career has taken her from UCLA’s Neuro-Psychiatric Research Institute, where she worked on research grants, studying everything from schizophrenia to Alzheimer’s. She also worked with developmentally disabled patients at Camarillo State Hospital. She was even set designer for the ever-popular “Wheel of Fortune.”

She went on to become an accomplished actor of stage and screen. But the greatest role she played was the life she lived in her home state of Colorado, where she was born a boy, Joe Vaclav. She spent her first 35 years living up to the conservative standards of her hometown, while harboring a secret too great to share with anyone – the struggle that her outer genitalia did not match the inner gender she knew herself to be.

Jody (as Joe) married, found a job as a field engineer and struggled to find her inner peace. Eventually the inner turmoil grew to suicidal despair, which led to her overwhelming determination to change. Eventually, she made the transition from Joe to Jody, and showcased that journey in her own-woman show, “Inside Out – A One Person Show in Two Persons.”

Jody’s story is one of courage, determination and humor. She lives her life to its fullest and “looks forward to each day as a bright and new adventure.”

Hear Jody’s story in her own words and join us on February 25th to meet Jody and all our other speakers.